Before Yesterday We Could Fly: Afrofuturist Period Room Opens at the Met

By: Paula Lupkin
In: Uncategorized 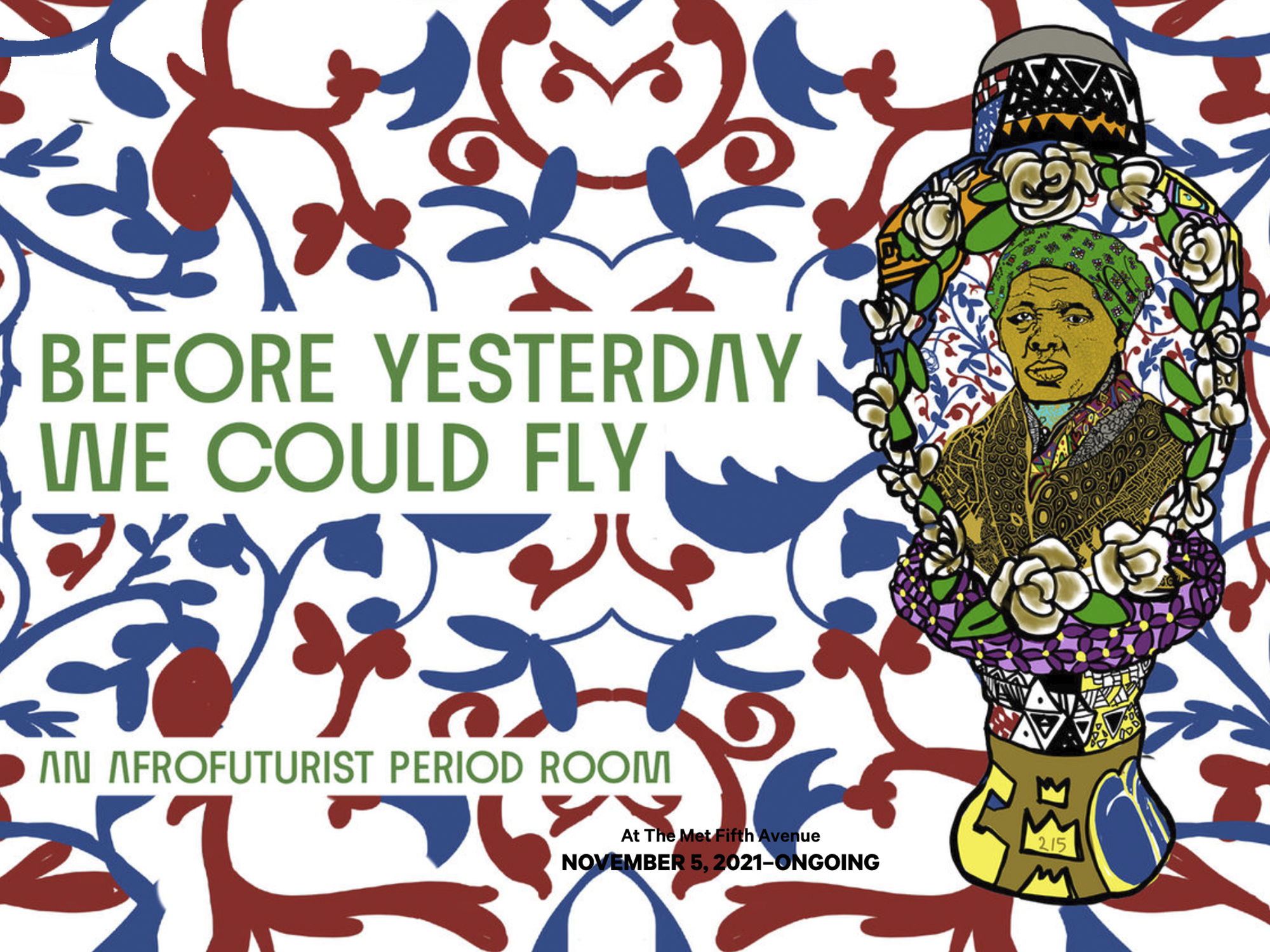 The Metropolitan Museum of Art’s Hannah Beachler and Michelle Commander reimagine the period room through the lens of Afrofuturism. This “period room” project is a milestone in the decolonization of the museum and the history of interiors

“Seneca Village—a vibrant nineteenth-century community of predominantly Black landowners and tenants—flourished in an area just west of The Met, in what is now Central Park. By the 1850s, the village comprised some fifty homes, three churches, multiple cemeteries, a school, and many gardens. It represented both an escape from the crowded and dangerous confines of lower Manhattan and a site of opportunity, ownership, freedom, and prosperity. In 1857, to make way for the park, the city used eminent domain to seize Seneca Village land, displacing its residents and leaving only the barest traces of the community behind.

This project has roots in the homes of Seneca Village, of which only a fragmented history remains. Like other period rooms throughout the Museum, this installation is a fabrication of a domestic space that assembles furnishings to create an illusion of authenticity. Unlike these other spaces, this room rejects the notion of one historical period and embraces the African and African diasporic belief that the past, present, and future are interconnected and that informed speculation may uncover many possibilities. Powered by Afrofuturism—a transdisciplinary creative mode that centers Black imagination, excellence, and self-determination—this construction is only one proposition for what might have been, had Seneca Village been allowed to thrive into the present and beyond.

The title, Before Yesterday We Could Fly, is inspired by Virginia Hamilton’s legendary retellings of the Flying African tale, which celebrates enslaved peoples’ imagination, creative uses of flight, and the significance of spirituality and mysticism to Black communities in the midst of great uncertainty. Activated through vision, sound, and storytelling, and furnished with a kaleidoscope of works from The Met’s collection—from Bamileke beadwork and 19th-century American ceramics to contemporary art and design that celebrates rich and diverse traditions—the room foregrounds generations of African diasporic creativity. Before Yesterday We Could Fly also celebrates a number of new acquisitions made specifically for the project and is animated by exciting commissions from Njideka Akunyili Crosby, Fabiola Jean-Louis, and Jenn Nkiru.

In keeping with the collaborative spirit of Afrofuturism, The Met’s curatorial team worked with lead curator Hannah Beachler, who envisioned and designed this space with consulting curator Michelle Commander. Since 2019, the group has engaged numerous creative and intellectual partners to infuse the installation with additional ideas and perspectives. Here, at a vital intersection at the heart of the Museum, this project opens a space for yet more histories to be told that look toward a more resilient future.”

This site is part of the SAH network on Humanities Commons. Explore other sites on this network or register to build your own.
Terms of ServicePrivacy PolicyGuidelines for Participation